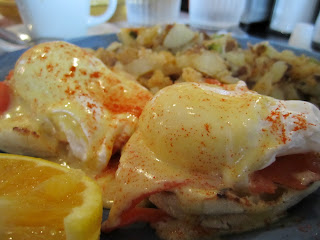 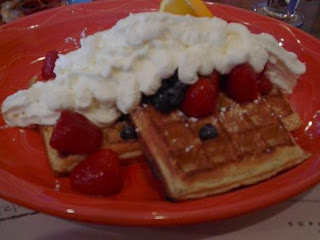 Sophie's Cosmic Cafe is an institution in Kitsilano.  Just look for the giant chrome cutlery on either side of the front door and you'll know you have arrived.  Inside, Sophie's emulates the style of a retro diner with a long counter top and shiny red vinyl booths. All kinds of fabulous knick-knacks and art adorn the walls. Check out Englebert Humperdinck album covers, mini statuettes of Pee Wee Herman and Charlie's Angel's lunch boxes to name a few.


All the nifty eye candy would be for naught if the food weren't up to snuff.  Sophie's was recently awarded the Golden Plate from the Georgia Straight for "best restaurant to cure a hangover". If you need to soothe YOUR savage beast try chowing down on eggs benedict dolloped with lemony hollandaise (served with fresh fruit or rosemary potatoes) or order up some good old bacon and eggs.  If a sweet brunch is more your cup of tea, ask for a stack of Sophie's impossibly fluffy buttermilk pancakes or try the Belgian waffles with whip cream and fresh berries. Portions are ample and the quality is exemplary.  Wash everything down with copious amounts of trucker style drip coffee or order a Viet coffee with condensed milk for a sweet treat.

If you are jonesing for lunch rather than brunch, Sophie's offers a tempting array of burgers, sandwiches, soups and salads.  Try a milkshake (they are huge) or share a piece of the pyramid shaped apple pie.  You can always work off the calories with a vigorous walk at nearby Kitsilano beach.

Service at Sophie's is consistently attentive, fast and friendly.  Line-ups are long on weekends but tables turn over quickly.  If you head to Vancouver, be sure to visit this iconic and fun eatery. You certainly won't leave hungry and you'll probably be very happy! 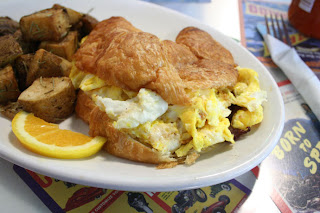 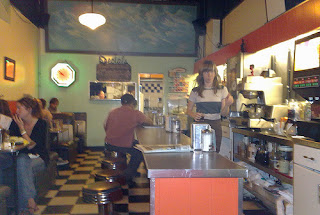 The Templeton has been a diner in Vancouver since 1934.  The owners, hearing it was to be sold and gutted bought the place and retained its iconic decor.  This restaurant is old school right down to the long Formica countertop, vinyl booths and individual jukeboxes on the tables.


This is an efficient eatery that serves tasty food from scratch just like mom used to make.  Every time Steve and I visit the Templeton we are served by the same friendly no nonsense waitress.  Snappy service, snappy repartee!  The Templeton uses quality ingredients such as free run eggs and natural bacon.  I recommend the Trucker's breakfast or the blueberry pancakes.  If you are feeling virtuous, order the half grapefruit with brown sugar and pecans.  They caramelize the sugar under the broiler.  Delicious!


If you arrive at lunchtime order a gourmet burger or a grilled cheese sandwich.  Wash it all down with an authentic milkshake.   Portions are sustaining.  This is food both comforting and skillfully made.


If you are in Vancouver and you love old school diners I can't recommend the Templeton enough.  It is on our must visit list whenever we hop across the pond! 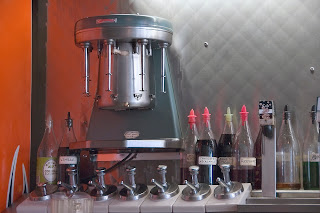 Posted by Nadine at 5:58 PM No comments: 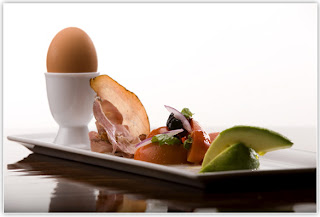 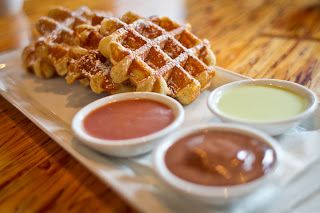 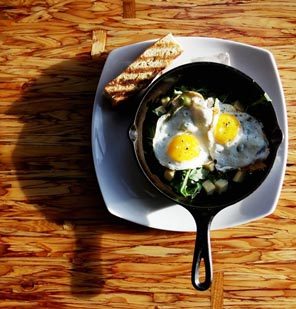 As much as I love certain eateries in Victoria I'd be remiss not to give a shout out to a few cherished restaurants in neighboring Vancouver.  After all, most of us take the ferry over occasionally for a little big city action.  Steve and I have found brunch heaven in the French Moroccan inspired bistro Cafe Medina.

Cafe Medina serves fine food in a relaxed environment.  The restaurant sports my favourite decor, lots of dark wood in Parisian bistro style yet with a modern edge. The first time Steve and I visited Cafe Medina it was bucketing rain outside.  The little bistro proved a warm and welcome respite from the deluge.  We were drawn in by the smell of waffles wafting out on to the street.

We were warmly welcomed when we walked in the door.  Somehow I felt as in Casablanca that "this was the start of a beautiful friendship".  The loving continued as I perused the unique and appealing menu.  We decided to order some a la carte breakfast items.  We chose poached eggs, bacon, roasted potatoes, a plate of fresh fruit, and a waffle each.  Medina offers mouth-watering waffle toppings such as salted caramel, lavender milk chocolate, dark chocolate, mixed berry compote and more.  We asked for mixed berry compote and good old maple syrup.

The food was a revelation.  I am normally more of a savoury breakfast person but if you visit this restaurant you simply MUST put your bias aside and order one of the waffles.  You won't regret it!  These babies are so ethereal, light and crisp and the accompanying fruit compote was absolutely delicious.   The roast potatoes were similarly scrumptious.  They arrived in a generous mound on the plate.  The potatoes were flecked with herbes de Provence and smothered in oozing Gruyere cheese.  Eggs were free range with sunny yellow yolks.  The bacon was thickly cut and meaty rather than fatty.  They drizzle the bacon in balsamic reduction, which adds a hint of smoky sweetness.  We mopped our plates clean.  A second visit in July proved the quality of the food had not diminished.  Happily, Cafe Medina had expanded their space to include their neighboring restaurant space.  This worked out great as we had tried on another occasion to go back but were daunted by a line up that stretched halfway down the block.

There are many other intriguing dishes on the menu at Cafe Medina such as La Santé- soft boiled egg, ripe tomato, avocado, prosciutto, extra virgin olive oil and grilled ciabatta or the Moroccan inspired tagine with poached eggs, spicy tomato stew, merguez sausage, sun dried olives, cilantro and served with grilled focaccia.  This is only a sampling of the many creative, mouth-watering entrees in the offing at this cozy eatery.

These days, I can't visit Vancouver without at least one visit to Cafe Medina.  The owners are considering opening a similar establishment in Victoria.  Fingers crossed!  In the meantime those superb crispy waffles will be an essential part of my big city repertoire.

Posted by Nadine at 6:18 PM No comments:

Sometimes I just have to get the word out before I have had a chance to fully review something.  This is the case with Puerto Vallarta Amigos.  My fella, Steve had sampled the tacos at the Fisherman's Wharf location and was terribly impressed.  I decided I had to follow up. Mexican food has been a revelation to me.  I only discovered the authentic stuff recently and I am besotted.  The extreme freshness and combination of textures is nearly chemically addictive.

On Steve's recommendation I tried the tacos.  You get six tacos per order for a paltry $7.50.  You get to choose your fillings - beef, chicken, pulled pork, spinach and cheese, bean and cheese or soy chorizo.  For an extra two bucks you can opt for premium fillings such as poblano pepper, portobello mushroom or chipotle shrimp.  I tried two each of the chicken, spinach and cheese and bean and cheese.  The vegetarian fillings were my favorite with the spinach and cheese being the standout. I recommend squirting a liberal amount of salsa verde over each taco.  It is a mild green salsa of tomatillos - utterly delicious. You fold your soft taco shell into a little purse and devour.  The tortillas are pillowy soft and creamy textured, not at all like those hard dry burrito wraps you buy at the supermarket.

I cannot wait to be back to Puerto Vallarta Amigos to sample more of their menu items.  Steve and I ordered six tacos each; a side of Mexican rice and two drinks and it all came to $20.  A bargain and phenomenal quality.  Service is friendly and very fast.  After a quick bite on the sun drenched patio of Fisherman's Wharf we made it to our concert in plenty of time.  Puerto Vallarta Amigos has two locations, a kiosk in Fisherman's Wharf and a food truck downtown at the corner of Yates and Wharf.  Try it today!

July 21, 2012
A quick update: do try the tacos but avoid ordering nachos at Puerto Vallarta Amigos.  All other menu items use real cheese and authentic fillings but the nachos have processed cheese!  Must be for gringos and gringas only.